The eight-sided, 19th-century home of John Tayloe III, a wealthy contemporary of early US presidents, offers an interesting glimpse into both history and architecture. President Madison resided here after the White House was burned in the War of 1812. The Treaty of Ghent was signed in the Octagon's study at the war's end. Architectural exhibits are integrated into the fine house with its period furnishings. The building itself is a masterpiece, designed by William Thornton, the architect of the U.S. Capitol and other high points of Federal-era Washington. 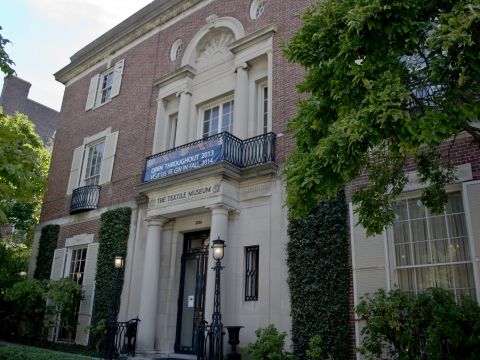 Two gracious houses comprise the Textile Museum dedicated to textiles and handmade carpets. The 14,000-piece collection includes examples from around the world. Some items date back to 3000 BC. Bringing together works from the Americas, Spain, the Middle East and Asia, the informative and gracefully displayed exhibits emphasize the artistry of this craft and the cultures the textiles come from. A spacious garden lies behind the museum.

Popularly known as the Pension Building, the National Building Museum plays a pivotal role in narrating the history of design, engineering, construction, urban planning and architecture in the United States of America. A non-profit organization, the museum hosts a number of exhibitions, festivals and public programs that endorse the exchange of ideas and information across people of all sections of society, across the globe. Located in a monumental structure with a design based on Italian Renaissance palaces, the brick, and terracotta building is grand and contains a massive 15-story interior with eight Corinthian columns that are 75 feet (23 meters) high. The museum's space has also been the site of inaugural balls and a popular Christmas television special. An iconic tourist attraction, a visit to the capital city is certainly incomplete without a tour of the National Building Museum.