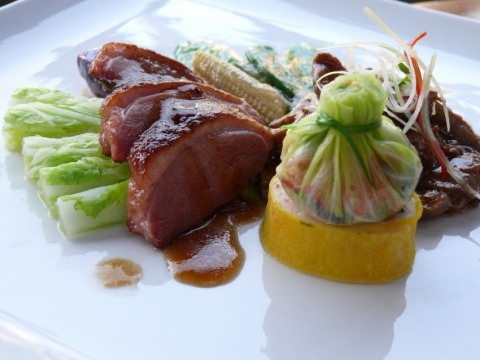 Yang Chow is an extremely popular Chinese restaurant located in Chinatown. There are often crowds waiting to taste the unbeatable Szechuan menu items that include pan fried dumplings, Kung Pao Chicken, spicy Szechuan Beef and Slippery Shrimp. The decor and atmosphere is understated and simple, not elegant or formal. 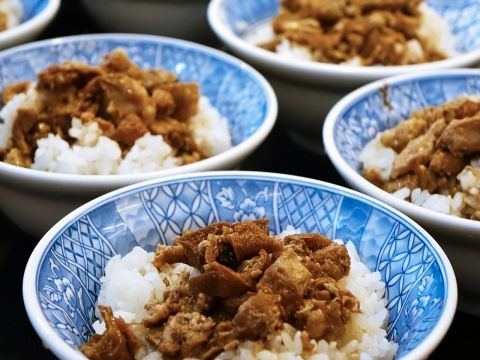 Gaze over the Los Angeles skyline while devouring tastefully prepared Asian dishes. The menu boasts a fusion cuisine comprising of Crispy Suckling Pig, Maine Black Cod with Ginseng Honey, Grilled Lamb Chops with Korean Gochu Jang Chilli and General Tso Glazed Wolfe Ranch Quail. With over 400 wine labels and an equally extensive sake list, the lounge also scores easily over its competition. The venue is elegant and upscale, a little on the expensive side but best suited for intimate dinners and cozy meals. The lounge is also a lively place to relax and enjoy. 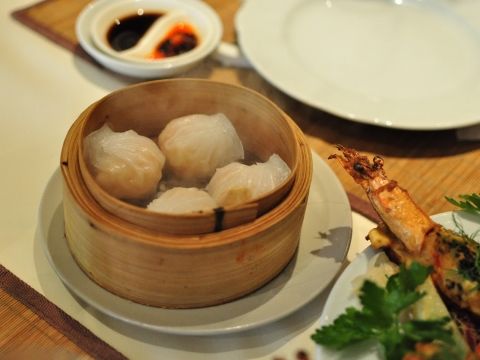 Gorge on piping hot dim sums served with an even spicier chilly garlic sauce at Bao Dim Sum House. Tempting and tantalizing the dim sums entice the diner to feast on them with dollops of sauce, leaving him in a state of spicy frenzy. The dim sums are available in various varieties- baked, grilled, steamed or fried crisp. There are yet many flavors too, Honey Walnut Prawn, Sweet and Sour Pork, Mixed Vegetable Bun, Crispy Fishcake and Pork and Spinach Potsticker to name a few. The other dishes on the menu are the usual soups, noodles and Chinese entrees that complete the meal. A good venue to hang out with friends, share platters of dim sums and taste as many varieties as possible, Bao Dim Sum House is a treat for the foodie yearning for a dash of Chinese magic in his life. 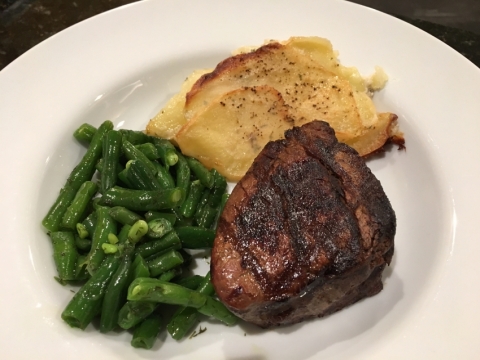 Mr. Chow is the famed celebrity hangout in Beverly Hills. It's no wonder that customers are drawn to this Chinese restaurant. The food impresses as well; Peking Duck, Grilled Filet Mignon, Snow Pea Sprouts, Hand-Pulled Noodles, and other such dishes feature on the menu. Private parties are also welcome. Reserve beforehand to avoid disappointment. 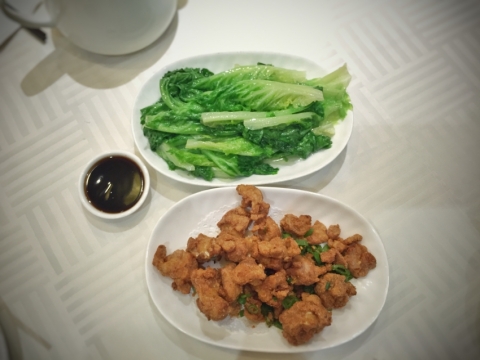 Herald as one of the best dim sum joints in all of California, its easy to see why this Chinese eatery is so popular. Sea Harbour Seafood Restaurant is tucked away in the Rosemead suburb of Los Angeles and offers a staggering amount of specialty dishes and delectable dim sum options. Standard pork buns step aside here to make room for more inventive versions like their flaky, sweet, yellow exterior with barbecue pork and steamed spinach on the insides or their famed pineapple pork buns. Rather than ordering off a cart, like most traditional dim sum places, patrons look at the extensive menu (with pictures of course) and circle the correlating number on a piece of paper to be handed to their server. Whether you come for dinner or lunch, prepare yourself for a marathon of eating!