High Cotton Brewing Company puts Memphis on the beer map, with its collection of succinct Southern-inspired brews. If you're a fan of beer, this is the place to be, its cozy taproom and fabulous collection of brews makes it one of the most loved places in the city. At the taproom you can sample some of the finest beers, along with a few seasonal and rare brews. The brewery also organizes tours, wherein visitors can get glimpse of the meticulous procedures of crafting a pristine batch of beer.

Located in the buzzing neighborhood of Cooper-Young, Memphis Made Brewing Co. is responsible for a chuck of the city's excitement. Makers of some of the finest brews available in the city, this brewery never fails to keep its fans happy, by producing a fresh, new variant of beer each year. A Dimly lit space, with a typical pub ambiance, the taproom is the scene of absolute excitement. Here you can sample some of the fine brews on available tap, before purchasing a bottle of which you enjoyed the most. From German-style Kolsch beer to all-American craft, no matter what your preference, this brewery will sure have one to suit it. 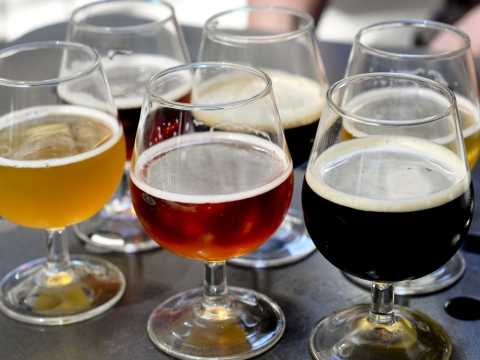 Wiseacre Brewing Company is devoted to producing highly flavorful brews that are contemporary and unique. The brainchild of siblings Davin and Kellan Bartosch, Wiseacre is always on the lookout for new and improved techniques from all over the world, to produce exquisite flavors. For a USD10, the brewery offers an in-depth educational tour about the brewing process and you also get to taste some of their beers. In addition to making new friends with common interests, you also get to take home a taster glass as a souvenir. So the next time you are in Memphis, be sure to visit the Wiseacre Brewing Company for an informative tour about your favorite drink.