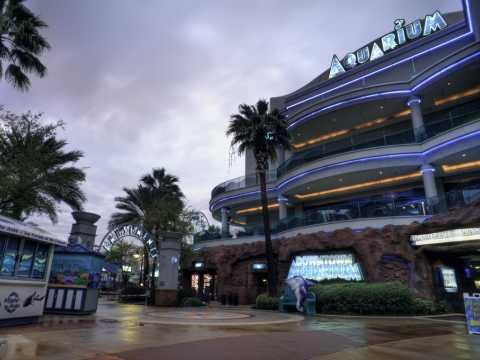 Have a yearning for the nautical life? Take a plunge into the deep at the Houston Downtown Aquarium. This aquarium is definitely the place to be for a fun day out. The aquarium features around 400 species of aquatic life, with the Shark Voyage being the main attraction. This voyage gives visitors the opportunity to travel via train into an acrylic viewing tunnel with live sharks swimming overhead. Other attractions include the Diving Bell Ferris wheel, the aquatic carousel and some themed educational exhibits. If you've had your fill of the aquatic life and need some grub then take a pick from the Aquarium Restaurant or Dive Lounge. 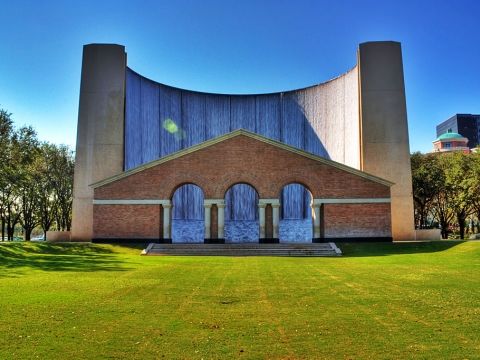 Standing stoically among 18 acres (7.28 hectares) of oak trees, the Gerald D. Hines Waterwall Park (formerly known as Williams Water Wall) has amazed visitors since its 1985 opening. The Waterwall sends 78,500 gallons of water down its face every three hours, utilizing a recycling mechanism that continues the torrent until the lights are turned off at the end of the day. Visible from many of downtown Houston's buildings, this attraction has become something of an icon with locals. Perfect for a romantic stroll, picnic, or reflective moment, Williams Water Wall is a great stop in the area. 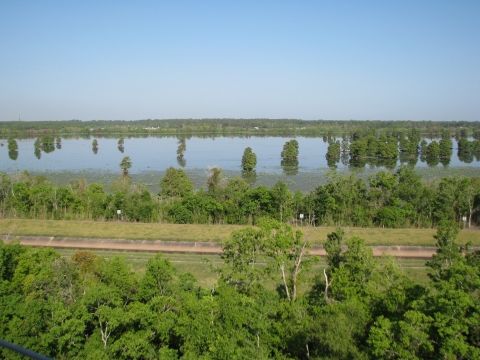 This pleasant lake in East Houston is a citywide favorite for a little dose of the great outdoors. The park has several features, the most obvious of which is Sheldon Lake itself. The lake is open to the public and mostly used for fishing, wildlife spotting and boating, although there are some regulations concerning boat horsepower. Finally, the John Jacob Observation Tower is an 82-foot tall tower providing expansive views of the lake and park for miles and miles in every direction.