Come here for the green and shady landscaped gardens in the middle of the city. Head into town on Calle Ancha de Capuchinos, on your left you can visit Hospital Real and on your right is Fuente del Triunfo. When you reach the square, you'll find an 18th-century statue of the Virgin Mary. Turn left and walk through Plaza de la Merced, past the 16th-century Mudéjar-style San Ildefonso Church and up Cuesta de la Alhacaba to San Cristóbal viewpoint for views over the Moorish walls, fortified gates and the Albayzín itself. 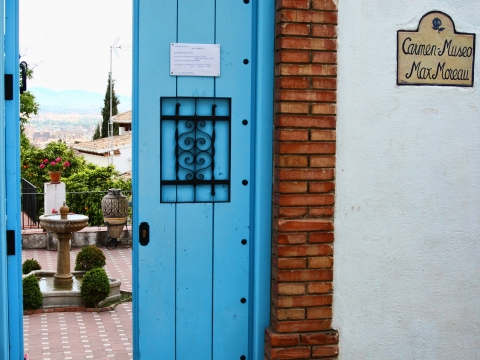 You can see a great display of paintings by Max Moreau in this lovely setting. An old Moorish-style house in the Albayz where he lived and worked, has been converted into a gallery and museum. Along with the work he left to his favourite city, you can see his studio and find out about his private life and his love for Granada through an exhibition of personal photographs. 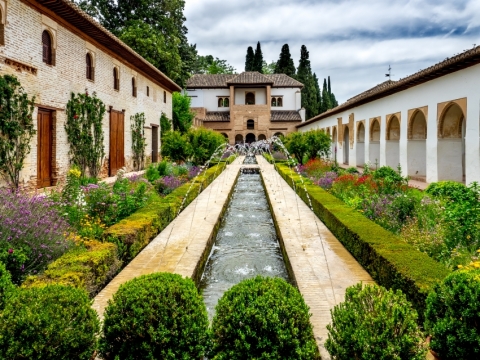 El Generalife gardens are the image of a paradise: cool and tranquil with abundant running water. That's what the architects wanted for the Nasrid Sultan in the 13th century, to complement his summer residence, since Granada is ferociously hot and dry in summer. Trees, hedges, bushes, plants and flowers were planted on the Alhambra hill and the river Darro was diverted upstream to provide a constant source of water to the complex. It's still the sort of place where you can spend a relaxing day, appreciating the patios, enclosed gardens, walkways, fountains and pools as well as the views over the Albayzín. 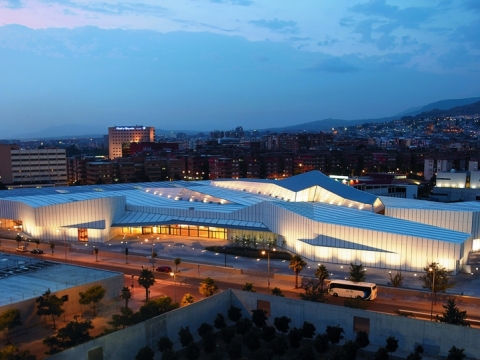 The aim of Andalusia's first interactive museum is to make learning fun, especially for children. In fact, there are 200 different educational activities to try. Instead of Do Not Touch signs you'll find that touching, playing and experimenting are encouraged. The four permanent exhibitions focus on the biosphere, eureka, perception and exploration. There's a planetarium and an observatory and temporary exhibitions too. The complex also has a conference room, cafe and shop. 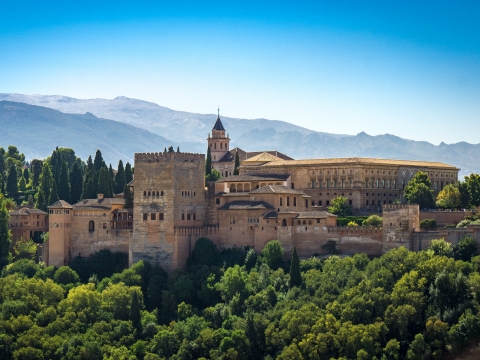 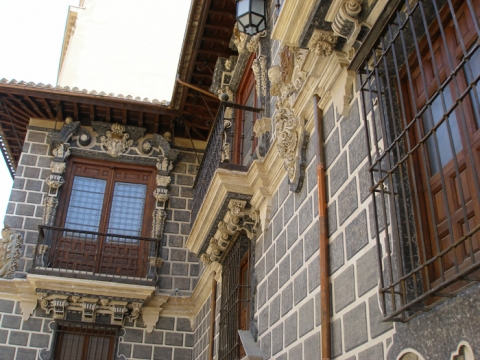 Founded by Sultan Yusuf I in 1349, the Palacio de la Madraza was once a university and school of Islamic studies. Famous graduates include the poet Ibn Zamrak. See magnificent old Muslim prayer hall with its beautifully decorated prayer niche, or mirhab. It has undergone so many architectural changes, and the original façade was made of marble and inscribed in Arabic with scientific and philosophical theories. In 1500s the Catholic monarchs turned the building into the Town Hall. The Palacio de la Madraza now part of University of Granada and also houses a Fine Arts Academy where there are occasional exhibitions. 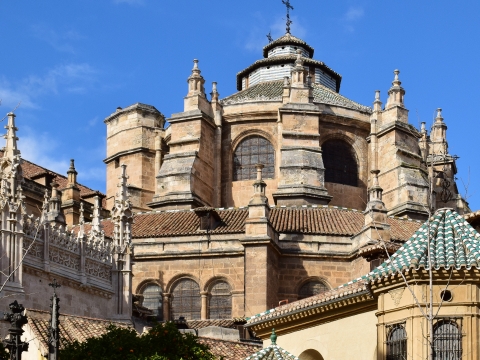 Located in the southern aisle of the Catedral de Santa María de la Encarnación, Capilla Real (Royal Chapel) was constructed over a period of 16 years beginning from 1506. The chapel is known as the burial place for the reyes católicos, or the Catholic Monarchs and a visit to the chapel would take you through the decorated tombs of Queen Isabella and her husband Ferdinand. The tomb is made up of Carrara marble and was decorated by Florentine sculptor Domenico Fancelli. Apart from the tombs, you can also find statues of catholic monarchs by Diego de Siloé and the carved retablo by Felipe Vigarny. 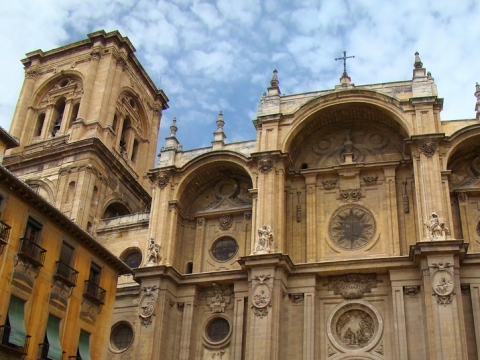 Our faith leads us to the steps of these sanctums where we seek answers and find peace. The Granada Cathedral in Spain is one of the oldest and most magnificent churches in Europe, built in 1492 on the site of the city’s capital mosque, the construction spanning more than a hundred years. The cathedral’s design is influenced by the ubiquitous architectural trends of fifteenth and sixteenth century West Europe, from the Gothic floor plan, the Renaissance dome and Baroque elements of main facade to the Plateresque choir stalls. The mastermind behind the magnificent architecture of the building was Diego de Siloé, a renowned sculptor who also designed the Salvador church at Ubeda and Guadix Cathedral. The chapels house excellent works of art and altarpieces by El Greco, Jusepe de Ribera and Alonso Cano. Put this marvellous cathedral on the top of your itinerary. 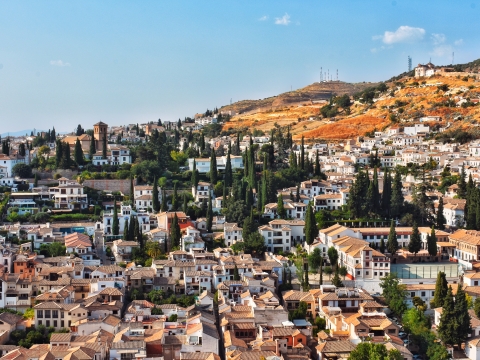 Sprawled on the foothills of the Sierra Nevada, in Andalusia, Spain, Granada is intriguing. The city is a maze of Moorish castles, its streets rife with myths, legends, and mysteries. The Alhambra is the single most popular of the city's attractions, a monumental work of Moorish architecture replete with intricate details and opulent adornments. Granada enchants the observer, from the white-walled gardens of Realejo to the magnificence of the Albayzín. With an urban landscape made up of architectural excerpts from various eras, there much to see here. Nevertheless, the true calling card of Granada is that elusive special something that pervades the city from its grand palaces and mausoleums to its graffiti riddled enclaves. Interspersed in between are tapas bars and hookah dens, with a vibrant nightlife that is redolent of a creative counterculture. A city that is defined as much by its haunting aura as by its dreamscape of architecture, Granada is unforgettable. Other popular attractions include the Cathedral and Royal Chapel of Granada, Basílica San Juan de Dios, Carrera del Darro, and the Palacios Nazaries. 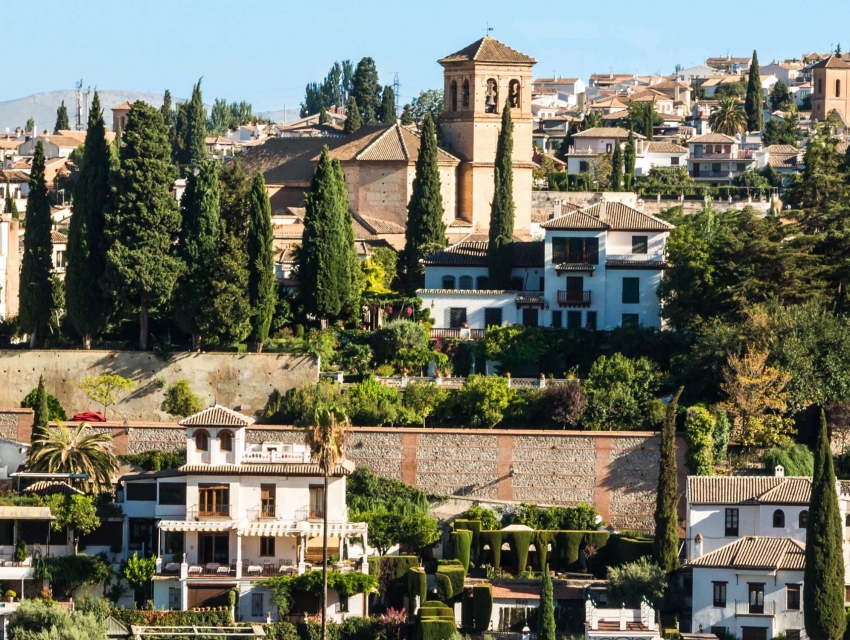 A Day in Granada 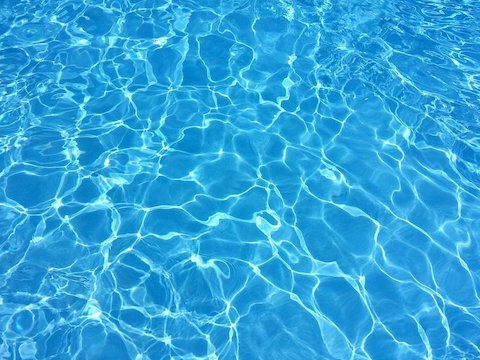 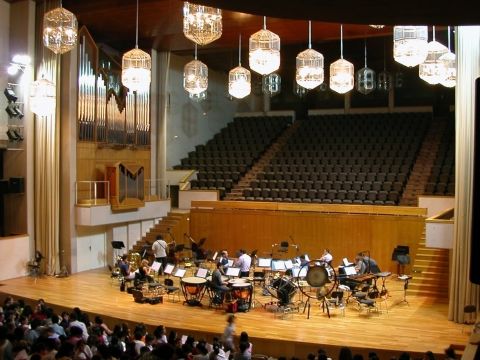 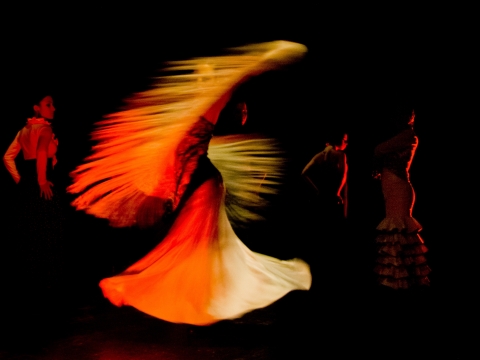 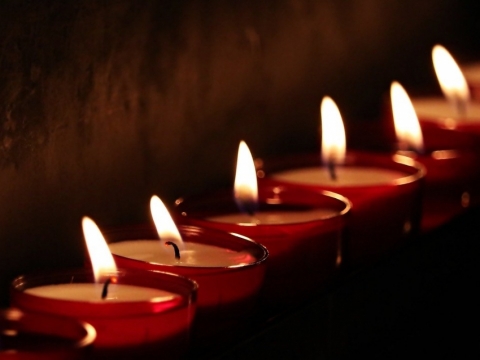 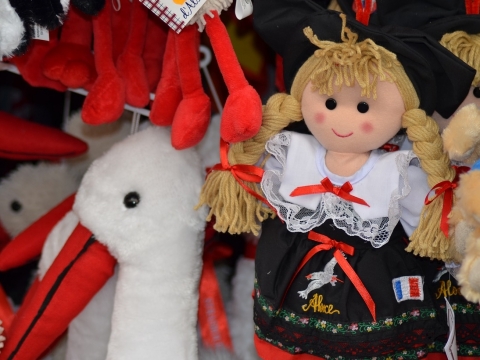 Best for Kids in Granada 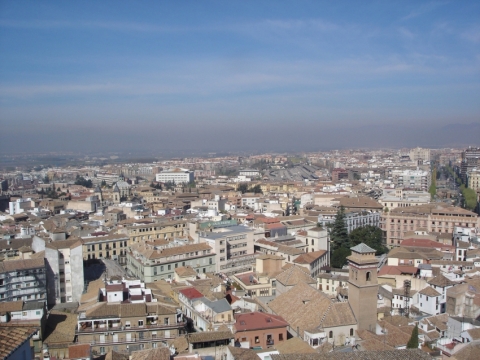 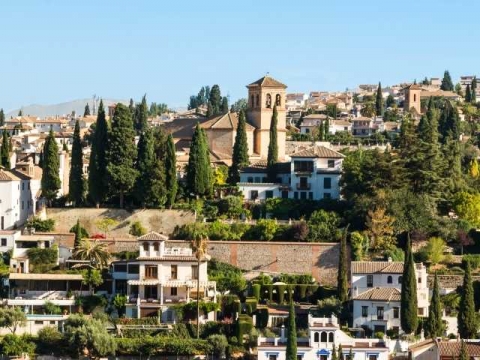