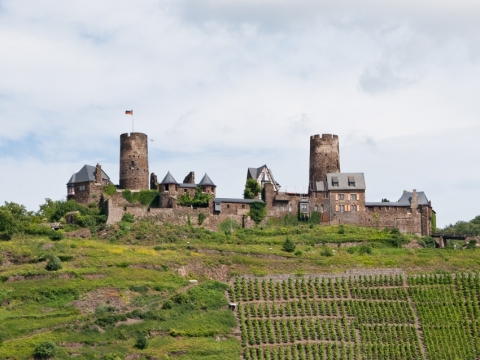 Traced back to the medieval era, Burg Thurant is surrounded by vineyards and overlooks nearby towns. Archbishop battles, medieval torture devices and finally a peace treaty are some of its true stories that bring people to explore its once glorious past. 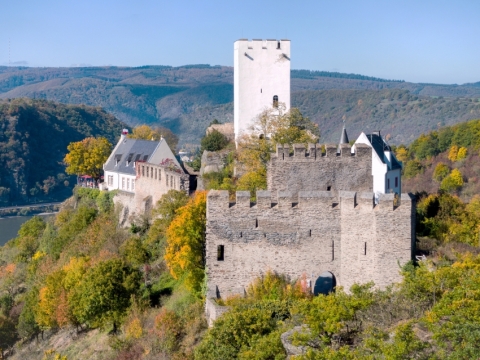 Located in the Rhine Valley, the Sterrenberg Castle is an impressive fortress that is perched high up in the mountains overlooking the River Rhine. It served as an estate for the Bolanden lords and is said to have been built in the 12th Century. Much of the original structure lies dilapidated. Today, a popular restaurant with a beautiful terrace operates within the castle. Regular exhibitions are also held that showcase the history of the area. 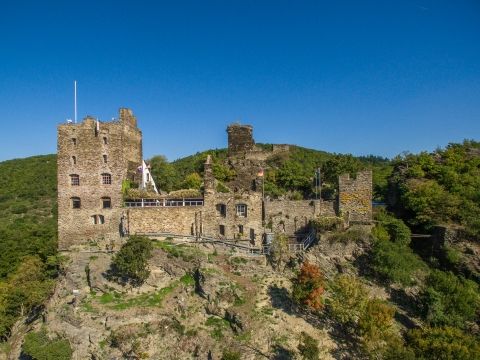 A sister castle of the Sterrenberg Castle, Liebenstein Castle is another prominent landmark of the area. Both the castles together are called the “hostile brothers” due to the frequent differences between their occupants in the medieval era. Today, the castle exists as a hotel and offers tourists a spectacular holiday in the Rhine Valley. The rooms and suites are well-furnished with modern amenities that provide utmost comfort. One can also request for trekking trips in the surrounding region. Besides, the hotel is houses a restaurant charming medieval style restaurant that is known for offering delicious German cuisine along with an extensive wine list and stunning views of the region. The rates of the hotel are seasonal, it is best to check their current rates on their website before planning your vacation here. 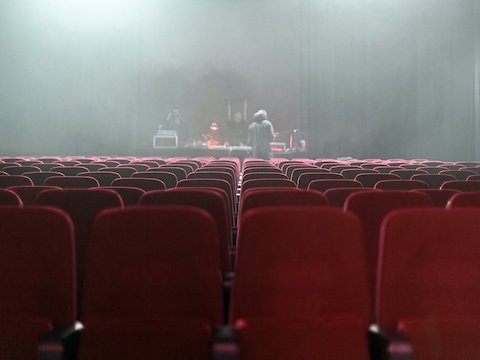 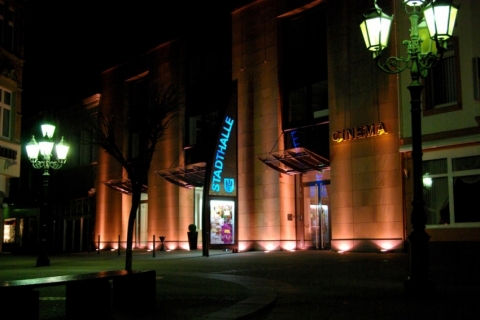 Since 2008, Stadthalle Boppard has been a prominent venue for music and theater events. You can attend music festivals, watch talented dancers perform to jazz beats or listen to groovy soul, reggae, and pop numbers. This modern city hall houses a movie theater and has a video home system so that visitors can watch both classic and contemporary films. The Stadthalle is also a popular place for hosting corporate functions. The three rental spaces include the Great Hall for large-scale conferences, the Small Hall for parties and book readings, and the foyer for cocktail parties and art events. 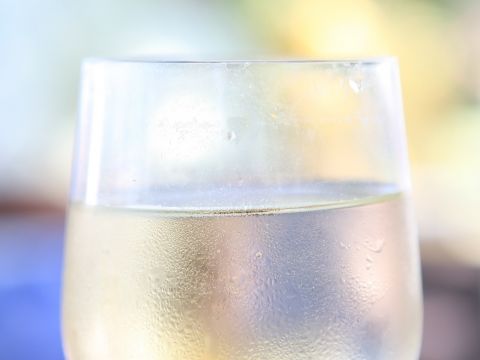 When in Boppard, a trip to Heilig Grab is unmissable. This winery, which also has a wine bar as well as a hotel, lets you experience your drink in every way possible. Enjoy some regular or premium Rieslings while sitting on the patio, explore the cellar and find out the wine-making process, or simply put up your feet after a long day, Heilig Grab is best place for all three.