Sala São Paulo is arguably the symphonic pulse of the city. Breathing new life into the historic Sorocaban Railway Station, the magnificent establishment is one of the leading entertainment venues in Brazil. Christiano Stockler das Neves is the architectural force behind the majestic 1925 structure that illustrates the Louis XVI neoclassical design style. It encompasses several rooms, namely Estação das Artes, Salao dos Arcos, Salao Nobre and Sala Camargo Guarnieri - each retaining its own character. With state-of-the-art acoustics, intimate lighting, an adjustable ceiling and a capacity of over 1500, the hall plays host to a myriad of concerts and cultural events. In addition, the opulent setting is the seat of the São Paulo Symphony Orchestra. 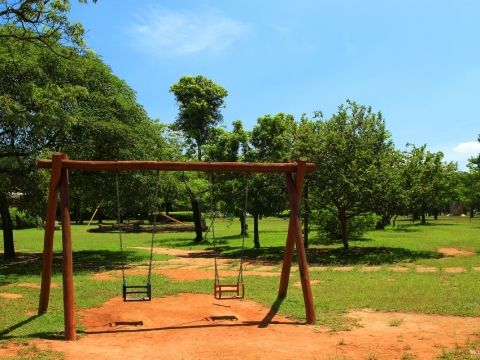 Inaugurated in 1954 to celebrate the city's fourth birthday, and designed by famous architect Oscar Niemeyer together with landscape designer Burle Marx, Ibirapuera Park covers an area of over 390 hectares (158 acres) and is São Paulo's very own Central Park of sorts. Museu Afro Brasil and Museu de Arte Moderna de São Paulo are found here, as well as the famous obelisk and the Monumento às Bandeiras. One of the city's premier destinations for leisurely strolls and walks, the park's intricate network of sleek pathways and jogging tracks do not disappoint. Additional amenities include sports grounds, a children's playground, a restaurant and a snack bar. 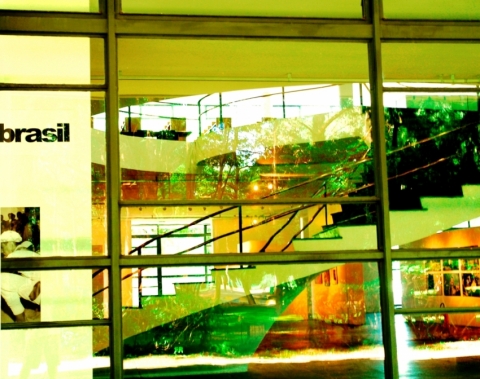 Museu Afro Brasil tells the story of Africans in Brazil throughout history. Located within the Parque Ibirapuera, the museum occupies a stunning Oscar Niemeyer designed building. Museum exhibits focus on various topics ranging from the history of slavery to the development of Brazil's African populace. The huge collection includes everything from historic documents to artwork and artifacts. Besides this, the museum also showcases fascinating artifacts depicting the daily life of Brazil's African population.

An architectural masterpiece, the Theatro Municipal majestically stands at the heart of Sao Paulo strutting its captivating Rennaissance-style facade and art nouveau towers. A landmark structure since its completion in 1911, it was designed by renowned architect Ramos de Azevedo. A building filled with classical art forms, the Teatro Municipal is the venue for the São Paulo Municipal Symphonic Orchestra, the Coral Lírico and the City Ballet. As the city grew, plans for a city theater began to take shape, and this resulted in the building of the Teatro Municipal. The theater hosted the Week of Modern Art in 1922. The theater has recently undergone major renovations to restore its glory and keep it technologically up to date.

Formerly the Teatro Abril, this historic theater was built in 1929. Now called Teatro Renault, this Art Nouveau building is one of the city's esteemed entertainment venues, where the focal point is Broadway musicals. The likes of Chicago, Les Miserables and The Lion King have been staged here and have wowed audiences with its sheer beauty. Equipped with great acoustics and lighting, the seats here give a good view of the stage and are very comfortable. Though the shows are on the expensive side, this theater definitely gives a memorable experience to patrons. 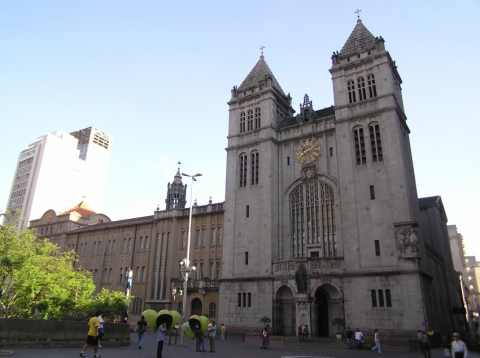 This historic monastery is a well-known landmark in the city of Sao Paulo. Still a functioning monastery today, visitors can observe the monk's way of life. Make sure you pay a visit to the old library which is full of rare, old books. 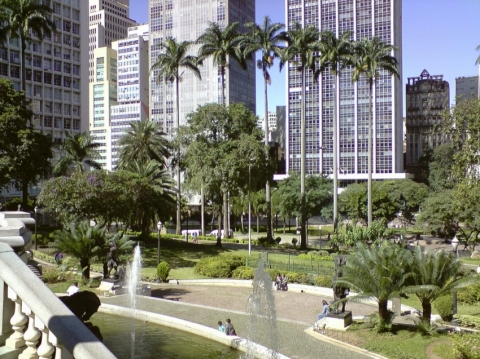 Vale do Anhangabaú is a major hub of Sao Paulo. Before the proper formation of the city, Sao Paulo only consisted of the Monastery of São Bento, Pátio do Colégio and the Monastery of São Francisco. Through this triangle ran the river Anhangabaú, which was later developed into canals, no longer existing in its original state; Anhangabaú Valley, however, still exists as one of the most popular spots in Sao Paulo, where residential and commercial areas have been developed. 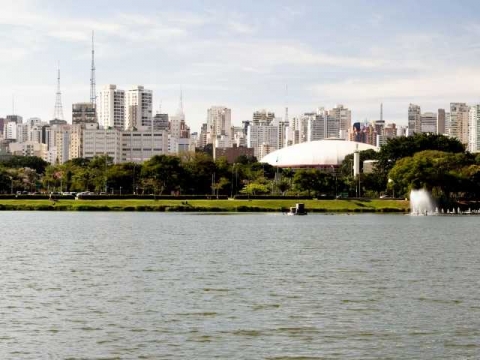 Red Bull Station is an eclectic cultural venue at the heart of downtown São Paulo. After several attempts at restoration, it breathes new life into a former 1920s electrical substation. This space is designed for the production of art in various media including music, theater and performing arts. They organize an array of workshops, programmes, exhibitions and live performances that are free of charge and open to all, solely financed by the namesake brand. This venue also features a small snack bar.

Praca do Patriarca is a public square in São Paulo, replete with interesting architectural structures. It has been named after Jose Bonifacio de Andrada e Silva, a famous Brazilian poet, statesman and naturalist. The Igreja de Santo Antônio (Church of St. Anthony) is the most prominent landmark on this square. Built during the late 16th Century, it has the distinction of being the oldest surviving church in the city. The proximity of the Municipality of São Paulo as well as other important city landmarks has increased the prominence of this plaza. Various beautification projects have been undertaken over the years, for example, bus stops have been removed from this square, leading to a rise in the number of pedestrians.

Largo da Memoria is a historic square that was established during the colonial era, and originally served as a gateway to the city. During the 19th Century, the square served as an important meeting place for the city dwellers and offered weary travellers a chance to replenish their water supplies at the fountain that could be found here. In 1814, the Obelisco do Piques, a tall and elegant obelisk, was constructed at the square. Bounded as it is by the streets of Coronel Xavier de Toledo, Quirino de Andrade and Ladeira da Memória, many pass by this tranquil square without realising that they are in the presence of the city's oldest monument. A fig tree was planted at the square towards the end of the century and continues to stand even today, sheltering the square with its leafy canopy. In 1919, the square was renovated, and a new fountain and tiled arch were added to commemorate the centenary year of Brazil's independence. Although much neglected by tourists, this beautiful square is definitely worth a visit. Largo da Memoria can be found just off the Anhangabaú metro station.

Cia do Passaro Voo e Teatro is a small theatre that seeks to provide support to lesser known and upcoming authors and performers. Since its establishment in 2011, the theatre has produced a number of plays that have garnered praise from critics and audiences alike. Apart from providing a space for theatrical performances, Cia do Passaro also hosts a variety of art and photography exhibitions, book launches, dance performances, musical recitals and supports theatrical research projects. With its cosy ambiance and eclectic décor, the theatre is a place where art comes to life. 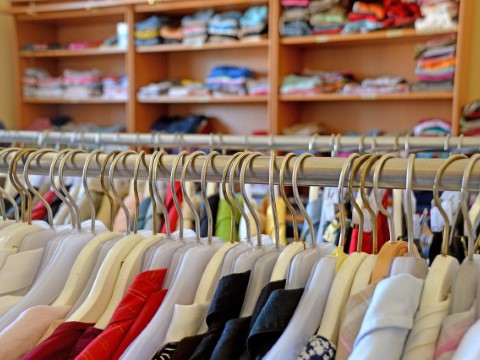 When you enter Casa Godinho you step into more than just a gourmet food shop. This cultural heritage building has housed a grocery store since 1888 and has seen the who's who of politics and the business world shopping here. Just as this store has been bequeathed through generations, for decades the middle class of São Paulo has frequented its premises. In fact, shopping at Casa Godinho for household essentials has become the tradition of many a family in this city. Its silver balance, walnut shelves, cement tiles and the sweet smell of old wood have remained nearly unchanged and fill the shop with a nostalgic charm. Patrons can shop for globe-spanning wine, cereals, artisan breads, oils and spices. It is, perhaps, most famous for its premium codfish. So shop here for an unparalleled satisfaction that has been experienced by generations of shoppers in the past. 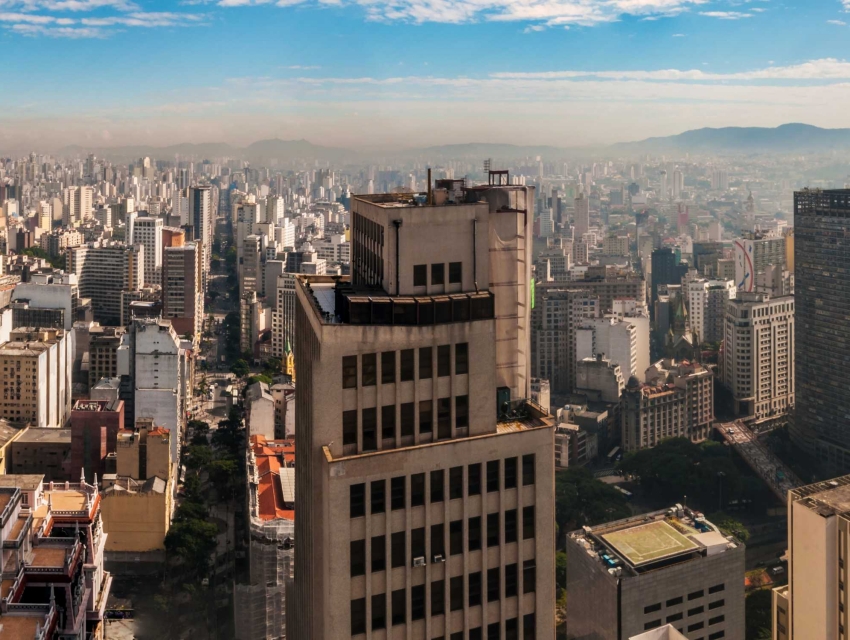 A Day in São Paulo 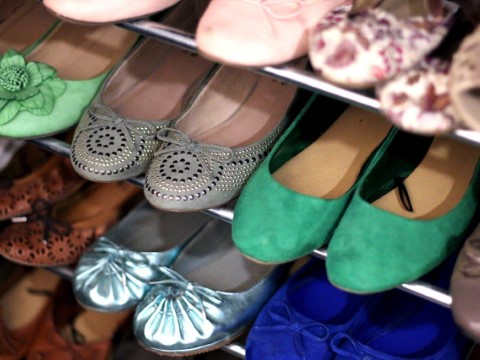 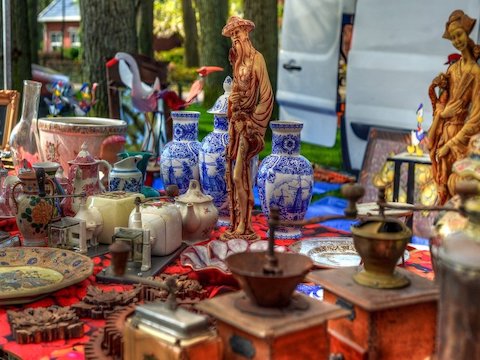 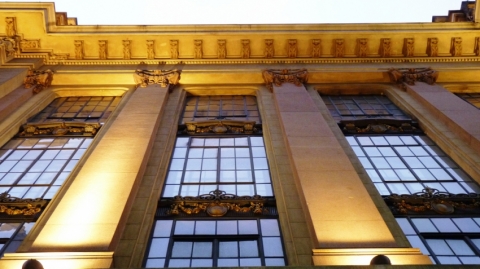 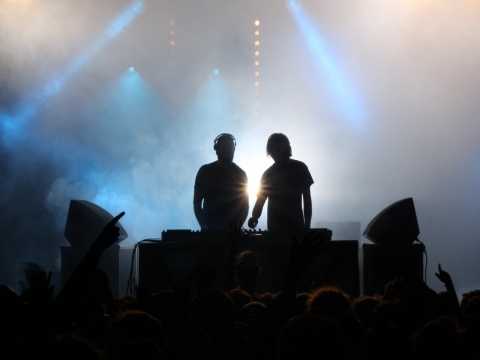 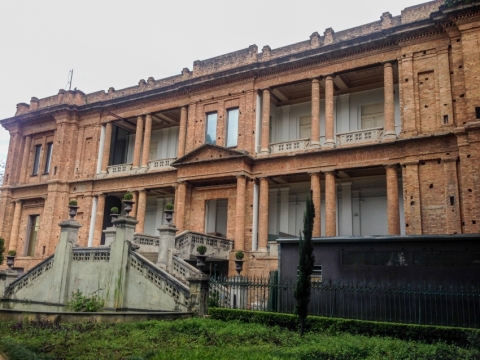