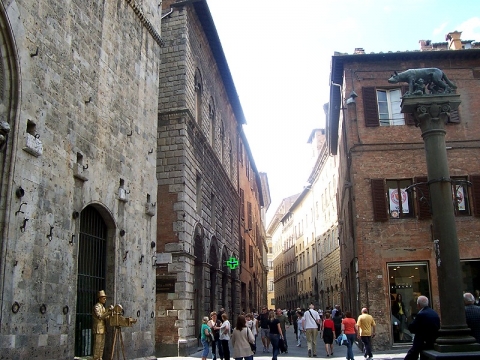 This street in Siena is best known for being an ideal location for passeggiata, a slow evening stroll common among locals. Upscale stores and shops line the road and draw many tourists for relaxing evenings of window shopping. Things are centered around the large retail anchor, Upim. Keep an eye out also for some great pastries, like the panforte at Nannini. This street is located near the Piazza del Campo. 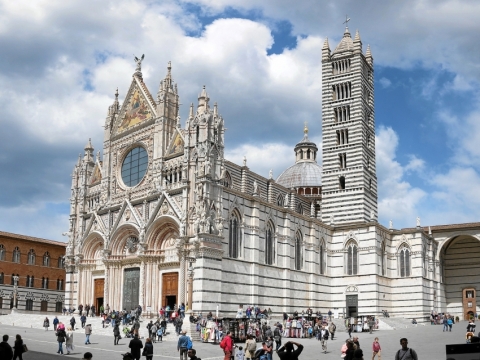 Duomo di Siena, Siena's Cathedral, as it is seen today, stands on a plot of land that has always been dedicated to religion. Archaeological research has shown that there was a shrine built here as early as the 3rd Century. The Church of Santa Maria was built on top of that and then the current Duomo, which began at the end of the 12th Century. It is based on a Latin cross design with three naves. The polychrome marble facade is quite extraordinary. The entrance to the Libreria Piccolomini can be found in the nave on the left. The area dedicated to religious functions is enclosed and must not be entered during Mass as a sign of respect. Photographs are not allowed inside and all mobile phones should be turned off whether services are being held or not. 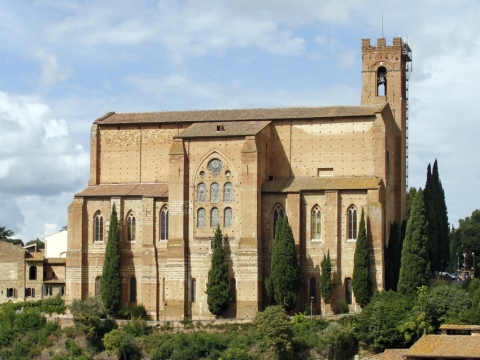 The Basilica of San Domenico, also known as Basilica Cateriniana, is named after the catholic mystic and theologian Saint Catherine of Siena, whose family home is located nearby. The church contains several of the saint’s relics and her codex. Built by Dominicans on the hills of the Camporegio in the early 13th century, the church was expanded in the Gothic style two centuries later and is one of the most popular among tourists in Siena. Pilgrims are drawn to pray in front of the relics of Saint Catherine, who is one of the two patron saints of Italy along with Saint Francis of Assisi. 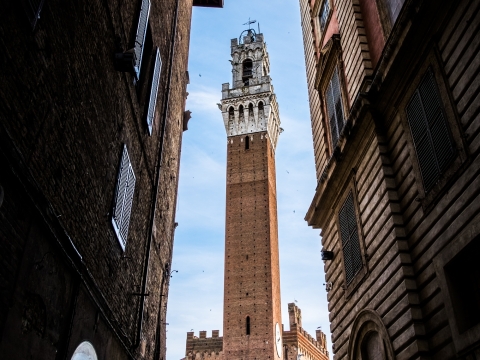 Once one of the tallest secular towers in medieval Italy, the Torre del Mangia looms over the Piazza del Campo with its clock face, brick shaft, and stone and marble loggia. The tower was named after its first bell-ringer, nicknamed Mangiaguadagni, or ‘profit-eater,’ who was known to spend his earnings in local taverns. It is said that the part of the tower built in brick was a gesture toward the Italian commoner, while its height, which is the same as the city’s cathedral, was meant to signal that the adjacent town hall had power equal to the church. A climb to the top is rewarded with lovely views of the campo and Tuscan countryside. 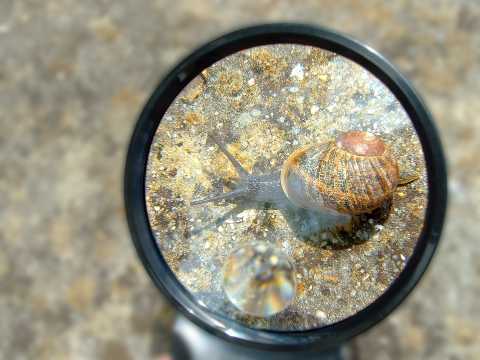 The Museo di Storia Naturale dell’Accademia dei Fisiocritici is a great place to learn about the history of science in Siena. The academy after which the museum is named after was founded in 1691 and was one of the first of its kind in Europe. Visitors can examine a vast collection of terra-cotta models of mushrooms, check out a zoological exhibition of conserved marine mammals collected from the Tuscan coast, and explore an archive of hand-written documents about the history of the academy dating back to the 17th Century. 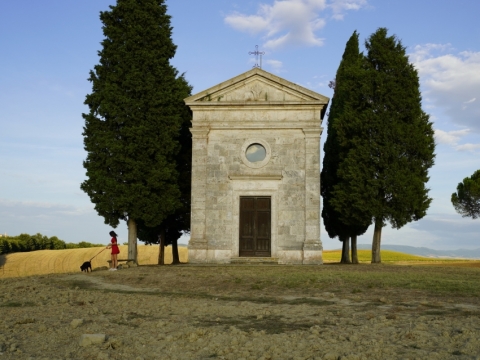 Perched on a hill in the beautiful Tuscan countryside, the Chapel of the Madonna of Vitaleta is inarguably one of the most famous churches in the region. While it may not be ornate in its design, it holds great significance since it once housed the famous Renaissance statue of Madonna. With sprawling lawns and the few towering trees that flank the chapel, this exceptionally picturesque chapel is a sight to behold. 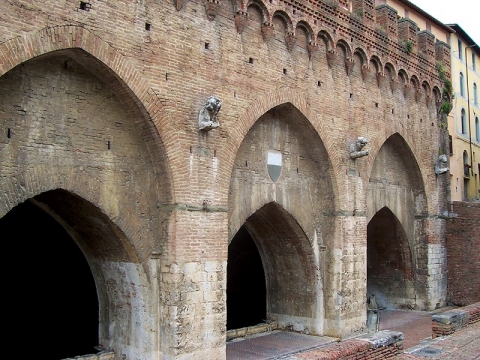 Fountains were particularly valued in fortified cities in the Middle Ages as were all things that aided survival during that period of war and bloodshed. The Branda fountain is certainly the oldest (late 12th Century); it is so old that even the days of the writer Bocaccio (1313-1375) it was considered to be ancient! The building is still there with its Guelph battlement. 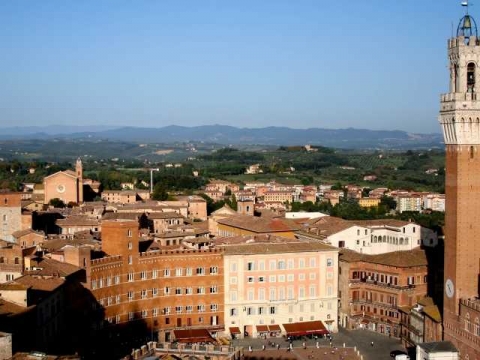 Palazzo del Magnifico is truly magnificent. Dating back to 1508, this elegant palace was the residence of city's ruler, Pandolfo Petrucci. This beautiful palace has lovely Renaissance architecture and was built by Domenico di Bartolomeo and designed by Giacomo Cozzarelli.

A trip to Siena would be incomplete without visiting the Fonte Gaia. Standing over one of the most iconic squares in the city this imposing yet beautiful fountain was built in honor of the bride of God, Virgin Mary. Erected in 1342, a rectangular basin that was entirely made of marble was added to the original structure in 1419 by the highly acclaimed Early Renaissance sculptor, Jacopo della Quercia. The fountain is flanked by a set of thick marble panels which were installed to preserve some of the structure's intricate inscriptions and hand carvings. 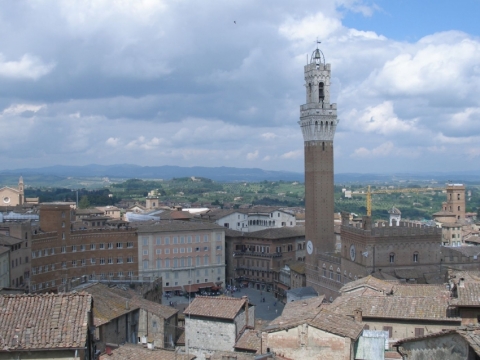 Siena is a beautiful Medieval city that is known for its Gothic architecture. It won't be surprising then that its heart is the most popular tourist destination. The Historic Centre of Siena is a UNESCO World Heritage Site. You will find beautiful structures from the 14th to the 16th Centuries as well as lovely public fountains. Some of the interesting sights are the Piazza del Campo, Siena Cathedral (Duomo), Museo Civico and Palazzo Sansedoni. 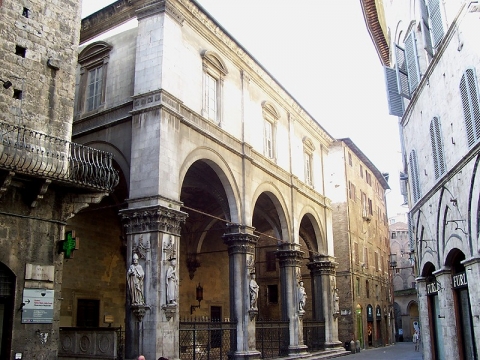 The Loggia dates from the early 15th Century and is a perfect example of the transition from late Gothic to Renaissance architecture. Sano di Matteo was responsible for the original design and the upper floors were added much later. The original section of the building is the one that merits attention, perfectly inserted in the medieval city. The pillars that support the three main arches are decorated with statues of saints by Vecchietta and Antonio Federighi. The latter also produced the marble bench in the right portico. On either side of the loggia are the entrances to the Piazza del Campo. 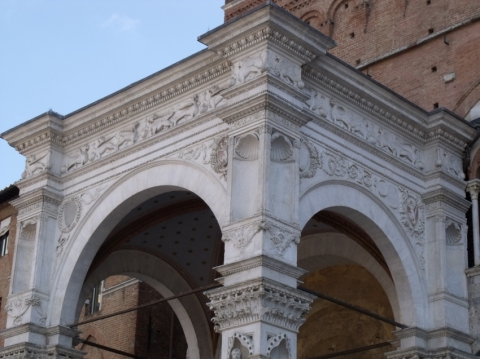 Built as a votive offering at the end of the plague in 1348, in keeping with the faith of the time when medicine was scarce, this chapel has the appearance of an open loggia and it is decorated with statues. The two panels showing Arithmetic and Geometry are 19th- century copies as the originals were moved inside the building to preserve them from storms and fire. 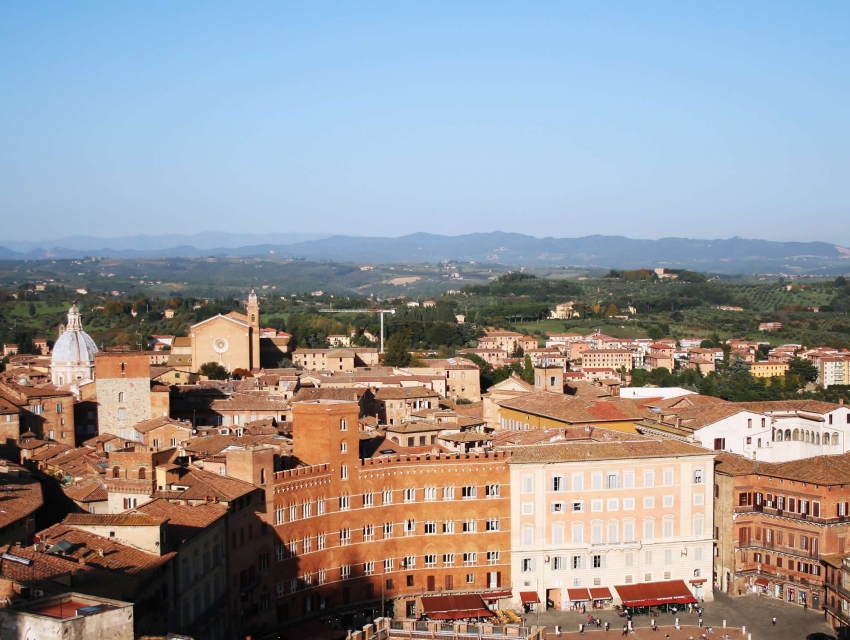 A Day in Siena 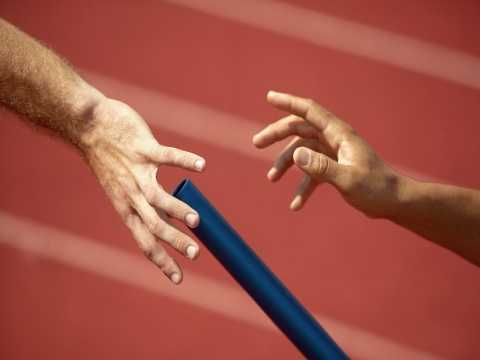 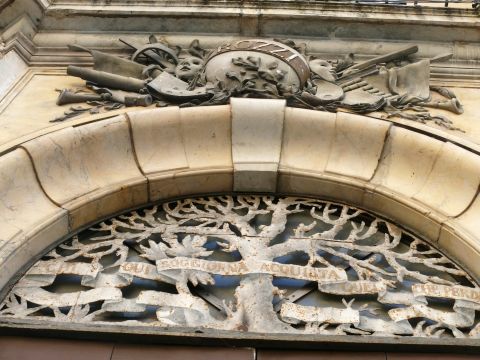 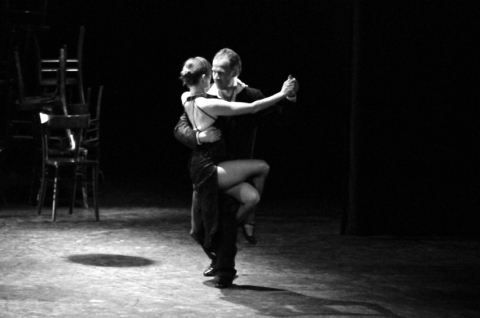 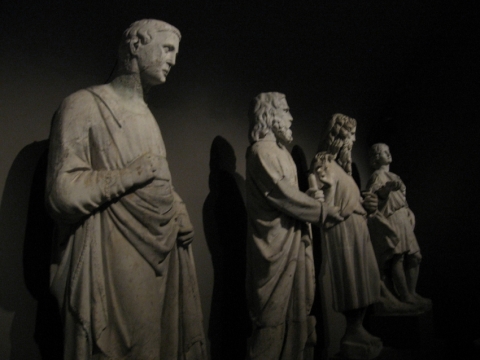 Best for Kids in Siena