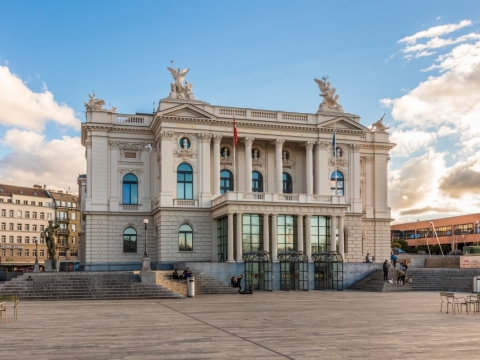 Nestled along the fringes of Lake Zurich, the Zürich Opera House, known locally as Opernhaus Zürich, has a history dating as far back as 1834. Its stately facade, fashioned in white and grey sandstone, gives way to interiors which are just as regal, adorned with gorgeous carved paintings of maestros like Schiller, Mozart, Shakespeare, Goethe, and Weber. Touted as one of the world's smallest opera houses, this neo-classical edifice yet stands magnificent bearing a stunning repertoire of theater, ballet, premiers and the like. It has established itself as one of the pioneers in the rich and eclectic course of Swiss arts and culture. Currently housing the Bernhard-Theater Zürich and the Zürich Ballet, this award-winning opera house brings to mind the past glories of the iconic operatic and theatrical cultures of Switzerland. 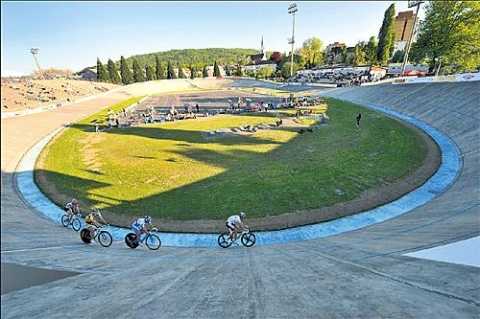 The Offene Rennbahn in Oerlikon, Zurich, is an open air track-cycling arena. Dating back to 1912, this concrete track was host to the inaugural UCI Track Cycling World Championships (Bahn-Radweltmeisterschaften) which was held in 1923. The arena has a seating capacity of 3,000 and is a regular venue for other disciplines of track cycling as well. Call ahead to know more. 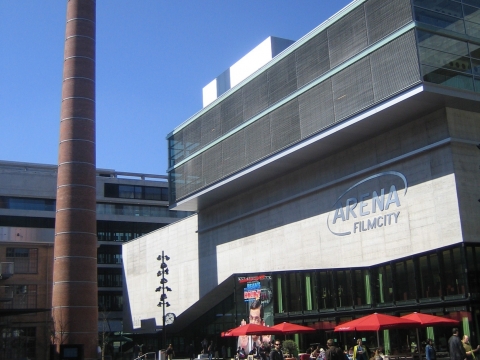 Arena Cinemas is known to be among the most famous movie theaters in the city. The theater has screens that feature optimal visibility from any spot within the theater, making your movie experience exciting. The theater also has a 4DX hall, with laser projectors, for an even more enthralling experience. Featuring comfortable seats, wide screens and just the right volume, the cinema makes for the perfect place for next movie session. 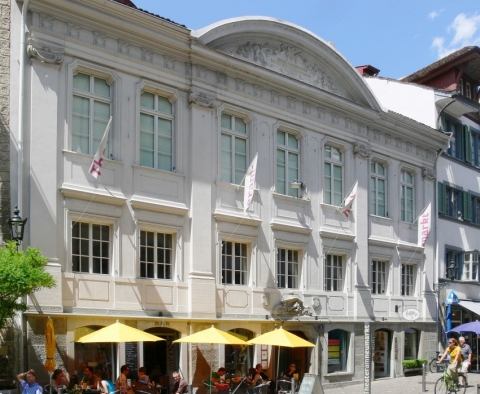 This innovative theater in the old-town was established in 1965 and often shows experimental plays in which the spectators become part of the action. Some of the plays are performed on a 'pay-what-you-can-afford' basis, catering to culturally interested people who might otherwise not be able to afford a night at the theater. Theater Neumarkt holds around 200 visitors, but all the chairs are mobile and that opens up even more flexibility for creative performances. 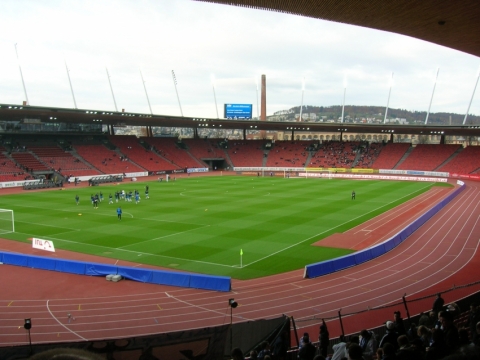 The Stadion Letzigrund is a stadium, that garnered attention for its open-air concerts, international athletics meet and soccer matches by FC Zurich and Grasshopper Club Zurich. This stadium became operational in the year 1925 and has since been the most desirable venue, for some the city's biggest events. To catch some of the best concerts in the city, head to Stadion Letzigrund. 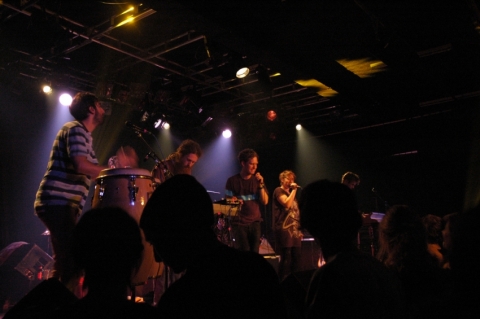 Rote Fabrik is set in a former warehouse that distinctly stands out with its red bricks. Established in 1980, it overlooks Lake Zurich and hosts festivals, concerts, theater, dance, art exhibitions, movie screenings and more. It is touted to be the largest of its kind in the continent as it houses several cultural organizations and groups. It features three main venues and a seasonal open-air platform for performances. There is also a restaurant on-site. Besides these, it also consists, art and rehearsal studios. 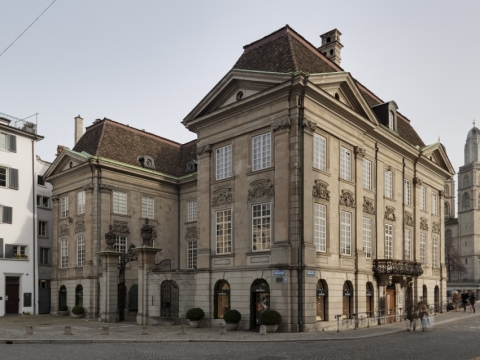 The first floor of Zunfthaus zur Meisen houses the faience (glazed ceramic ware) and porcelain collection of the Swiss National Museum. The baroque interiors provide a good backdrop for an overview of the Swiss faience and porcelain workshops of the 18th century and the role Switzerland played in the tableware culture of that time. Products from the Zurich porcelain factory in Kilchberg-Schooren and some from Nyon VD are displayed in the center of the room. They are arranged chronologically (Zurich products from 1763 to 1790 and Nyon ones from 1781 to 1813) to give an insight into how they evolved as per the changing tastes of the time. Zurich's porcelain figures have a special place in the exhibition. They are grouped according to the theme they represent such as seasons, continents, wine, love, allegories, hunting, elements and exoticism. Private events can also be organized at the venue which can accommodate 200 people (standing only). 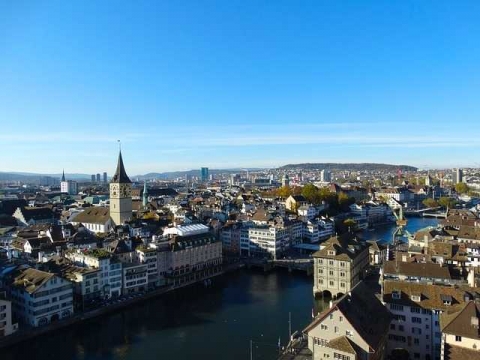 Kaufleuten - Festsaal dates back to the 1920s and was renovated to be a part of the swanky Kaufleuten. This stylish venue is spread across 350 square meters (3767.37 square feet) and is used for a variety of events. From balls to banquets, festivals, live acts and DJ nights, it has something or the other going on.

Located in the heart of the city, Klubsaal is a popular event venue. This chic theater-hall can seat up to 500 people and is known for staging various events like conferences to dramatics, musicals and more. The hall is furnished with advanced sound and light equipment that assure a pleasant theater experience as you enjoy a show here. In addition to public and corporate events, this spacious event venue is a great spot for receptions and weddings. In case you feel hungry, the Kaufleuten houses a beautiful restaurant that serves delicious menu accompanied with an extensive list of beverages, ideal for a dinner after the show at Klubsaal. 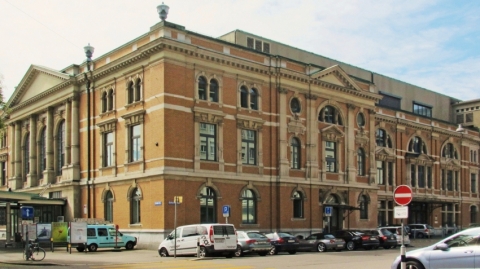 Home of the prestigious Tonhalle Orchestra, Tonhalle Zürich stands as the center of the city's high cultural scene. Considered to be among the best acoustic venues in the world, it has been enthralling audiences with beautiful music since 1895. It features two distinct halls, both renovated to its original glory. Some of the great artists who performed here are Vladimir Horowitz and Richard Strauss. So don't miss the opportunity to attend one of Tonhalle's many concerts.

Tonhalle is a grand concert hall that has been dazzling audiences with its acoustic qualities and architectural beauty since 1895. Richly adorned with paintings, gilded embellishments, intricate moulding and crystal chandeliers, the Great Hall, or the Grosser Saal, of the Tonhalle has been carefully restored to its former glory. A beautiful pipe organ was added to the hall in 1988, and has since come to be the focal point of the hall. As one of the country's most coveted classical music venues, the Great Hall has hosted concerts by the likes of Vladimir Horowitz and Richard Strauss. With acoustics that truly bring to life the pure and melodious strains of classical music, the Great Hall is the venue of choice for music legends and connoisseurs of classical music. 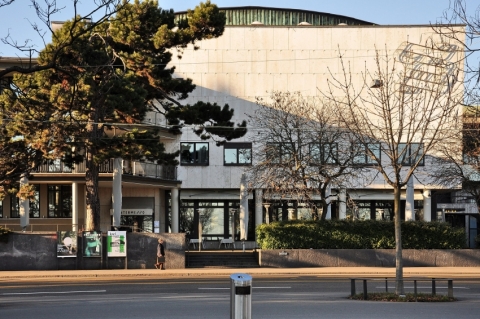 The Kongresshaus in Zurich is equipped to suit every group's needs. Whether it is 10 people or 3000, the convention center has the amenities to host the event. With 11 different areas for conferences, flanks, concerts and exhibitions, a variety of services cater to the needs of the companies represented. Meeting rooms are equipped with state of the art technology, and if needed, furniture, decorations, food, and even an interpreter may also be provided. Located on the lake, this event center has successfully hosted everything from fashion shows to fairs, and is a house of leadership highly regarded by the town of Zurich. 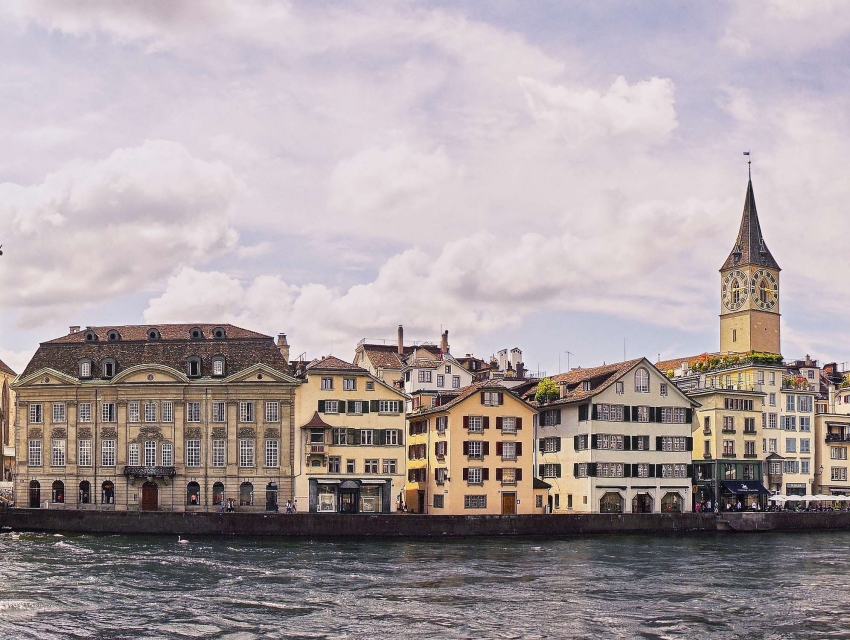 A Day in Zurich 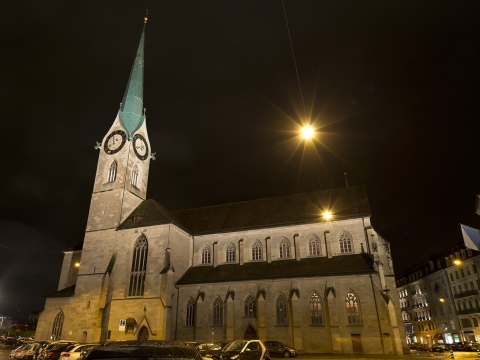 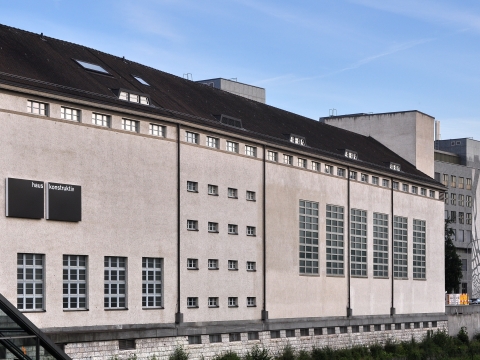 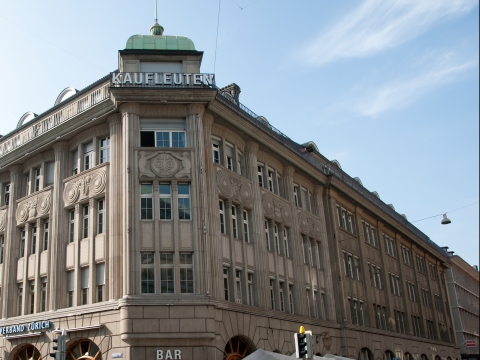 Best Clubs with DJs in Zurich 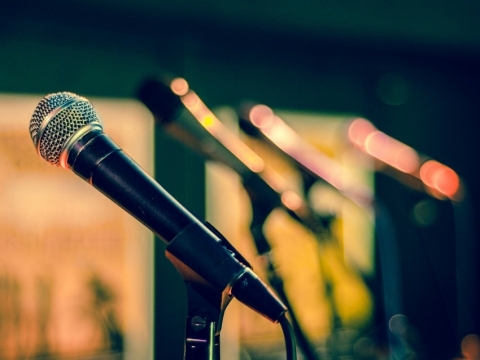 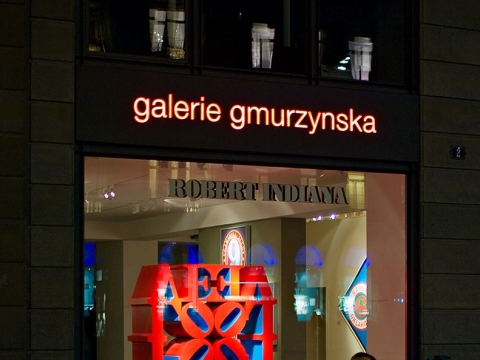